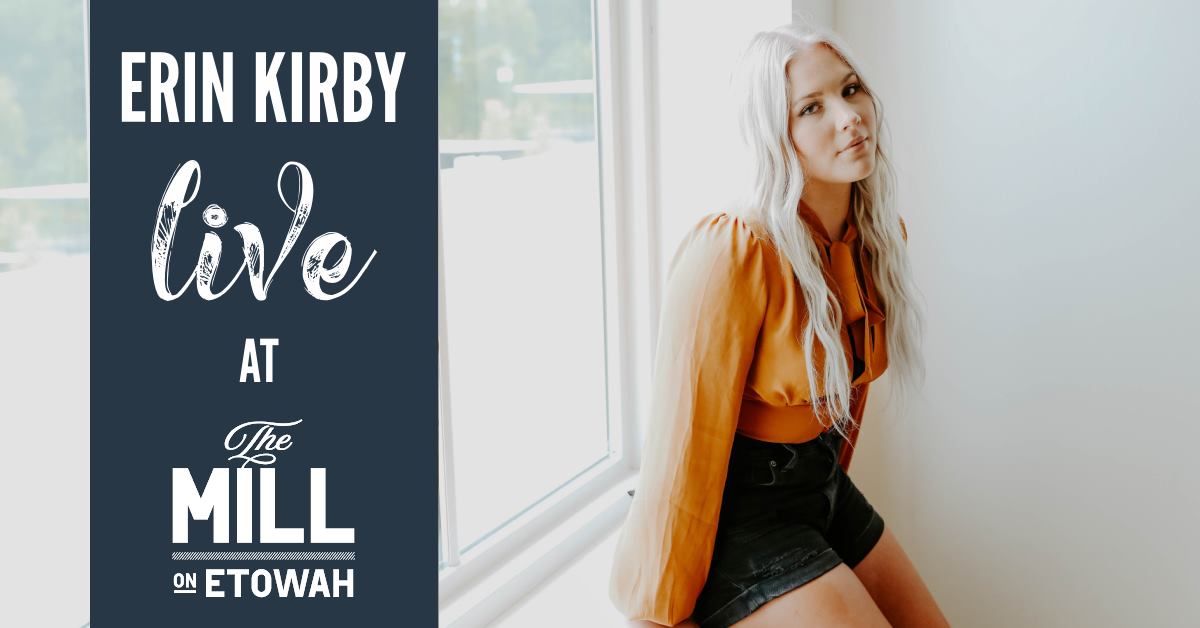 Saturday, July 31st, will feature the talented Erin Kirby at The Mill!
Blending heartfelt, soul-tinged lyrics with dance-infused pop, Erin Kirby creates music that explores the full intensity of human emotions. Kirby has been singing since before she could read. The Atlanta based artist is no stranger to the music scene. Recently, she finished in the top sixty of American Idol season 18. Erin also was part of Showtime at the Apollo with Steve Harvey at age 13. Erin has had the opportunity to perform with one of her mentors Jessie J at her Atlanta concert.
Erin has most recently been writing and releasing original music, gaining millions of streams on all platforms. She is also an advocate for community service and has earned of 1500 hours of service.