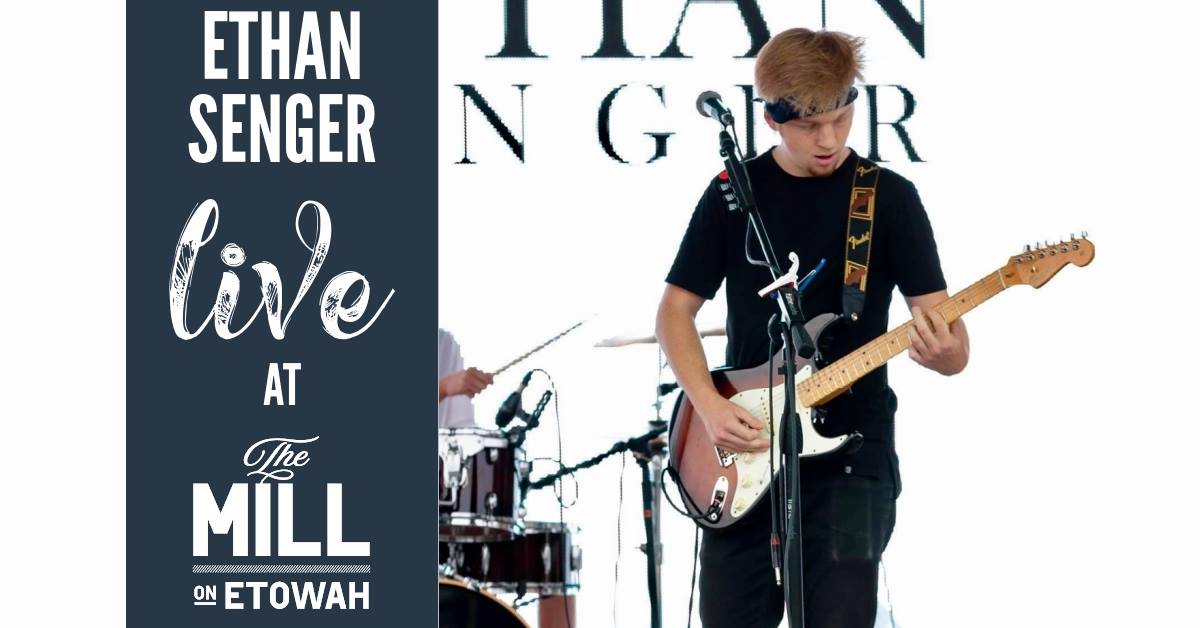 On Saturday, April 16th, Ethan Senger returns to The Mill!
The first time anyone hears Ethan Senger perform, they are never prepared for the level of guitar mastery or the warm, mature voice that comes out of this looks-younger-than-he-is, 20-year-old musician who has been performing in the metro Atlanta area since he was 7.
A native of Woodstock, Georgia, Senger recently released his self-titled, debut EP, which consists of four songs that tastefully blend hints of all the music genres that have inspired him over the years — pop, rock, and singer/songwriter. Senger’s EP can be purchased or streamed on all major platforms.