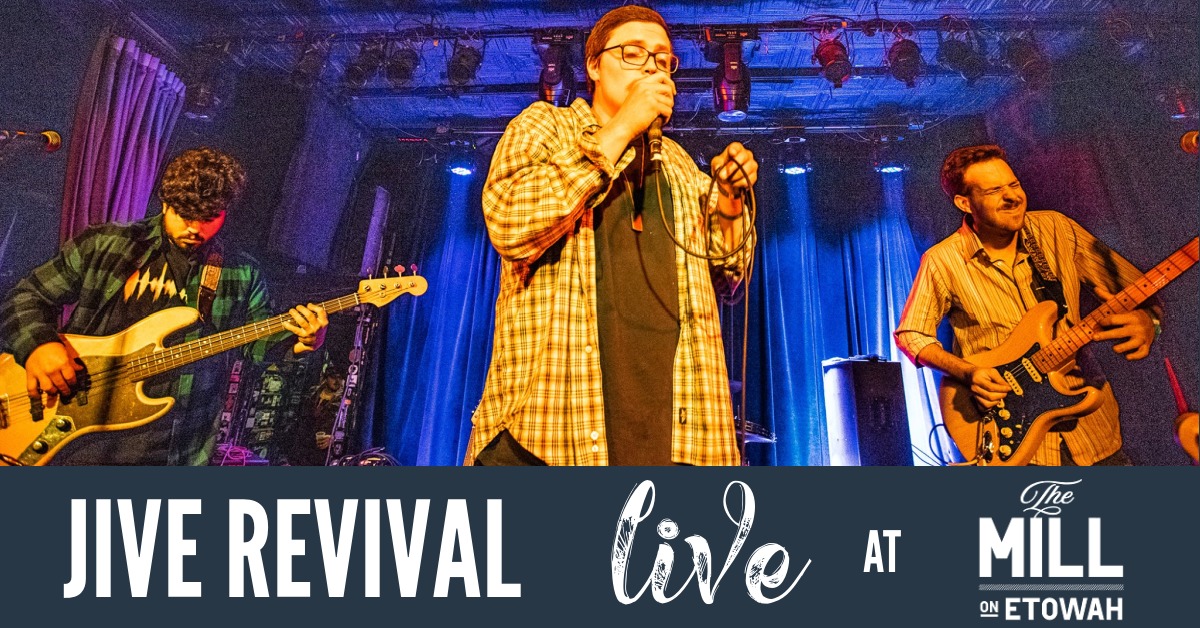 On Saturday, April 30th, funky locals Jive Revival will make their debut at The Mill!
Jive Revival is a five piece original rock band out of Atlanta, GA made up of fiery vocals, electrifying guitar, wizardly keyboards and a rhythm section sure to make you groove! With two studio releases under their belt, the Jive has been hard at work building a vast catalog of both originals and complementary covers ranging from funk and soul artists like James Brown, Tower of Power and Wilson Pickett to rock n roll groups like Led Zeppelin, The Allman Brothers Band and much much more. Opening for national touring acts like Trigger Hippy and The Last Waltz Ensemble, Jive Revival is quickly making a name for themselves in the Atlanta Rock scene. A high energy, highly entertaining show that is fun and enjoyable for folks of all ages