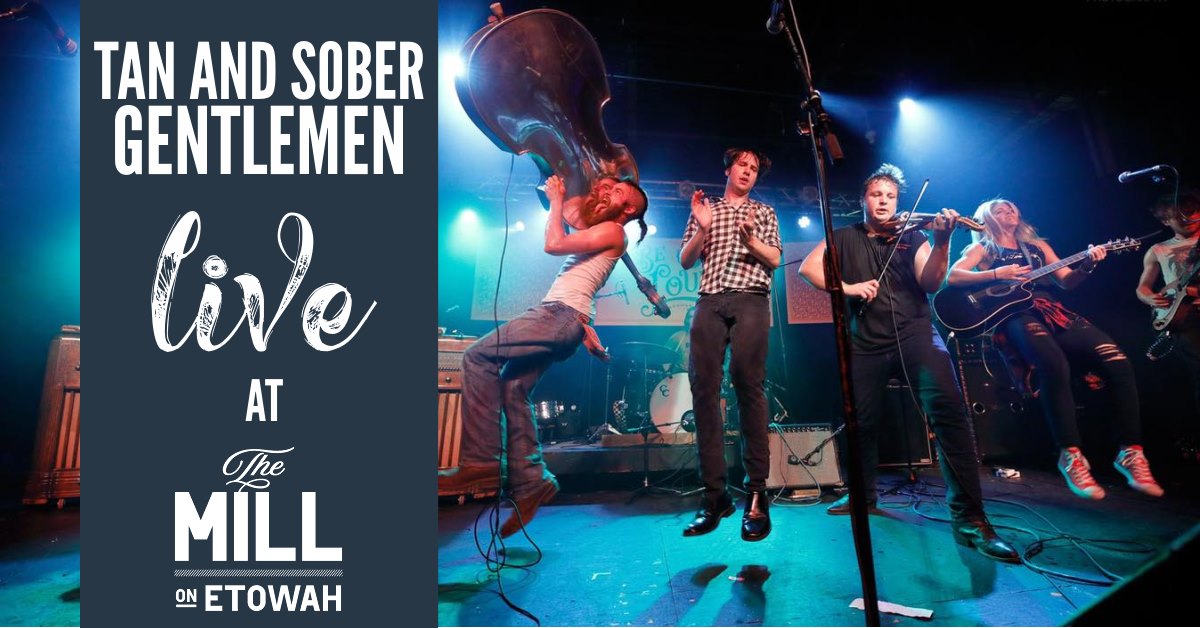 On Friday, September 3rd, North Carolinian Folk Punk takes over The Mill with the Tan and Sober Gentlemen!
Born and raised in the North Carolina backcountry, The Tan and Sober Gentlemen began taking in the songs, stories, and tunes that make up their beloved state’s heritage before they could talk. Despite having played music together in some form or another for most of their lives, the current lineup was formed in the summer of 2016. Past performances range from the Cat’s Cradle, Shakori Hills Grassroots Festival, Appaloosa Festival, and IBMA’s World of Bluegrass in the States to Spraoi Festival, Whelan’s, and the Roisin Dubh in Ireland.
The band aims to explore the Gaelic roots of North Carolinian music, and to play it with as much energy as humanly possible. Tan and Sober hangs their hat on the fact that, no matter the venue or the crowd, their live show will have the audience engaged, smiling, and drenched with sweat. As far as folk music goes, they’re about the best drinking and dancing band you’ll find.