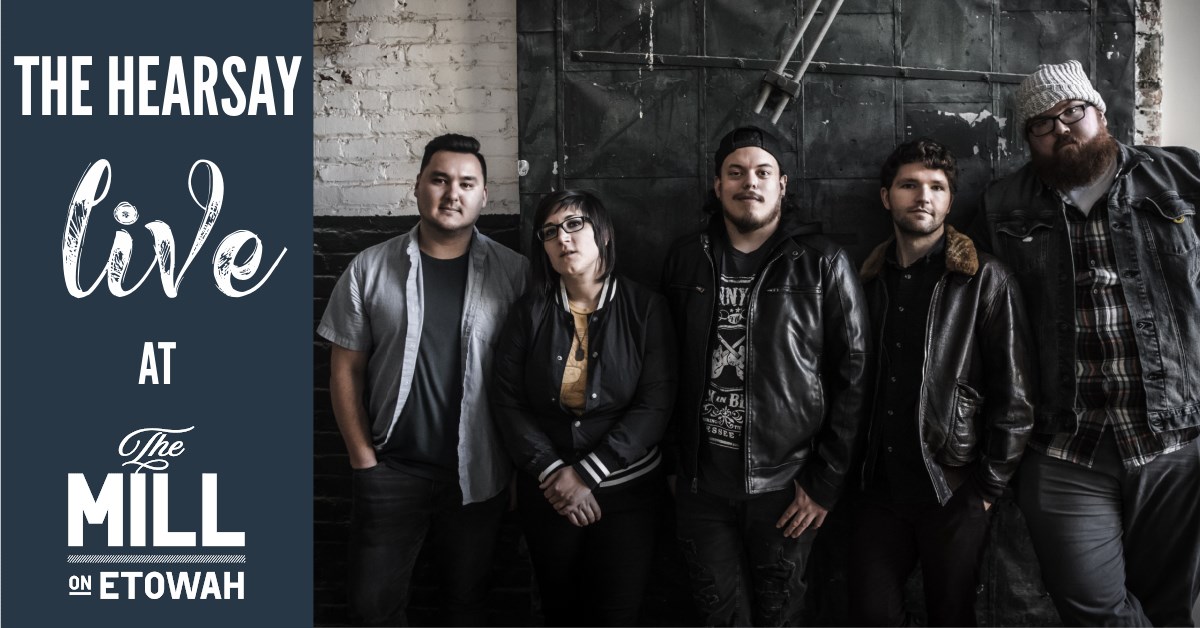 On Saturday, May 21st, The Hearsay returns to The Mill!
The Hearsay’s show will feature a little something for everyone with familiar pop rock music from the 60s-today with the band’s personal spin on your favorite songs, as well as their original music.
The Hearsay began as a duo out of Marietta, Georgia in 2016 with vocalists and multi-instrumentalists Ashton May and Travis Schmidt. With the addition of guitarist Jeff Holcombe, drummer Ryan Sterritt, and Chase Nixon on keys, The Hearsay blends Pop Punk, Synth Pop, and Alternative Rock with their own unique spin, featuring dual male/female lead vocals. Their epic cover sets consist of beloved songs from the 60s to today, often arranged in a fresh, unexpected way. Expect to hear everything from Toto to Taylor Swift.